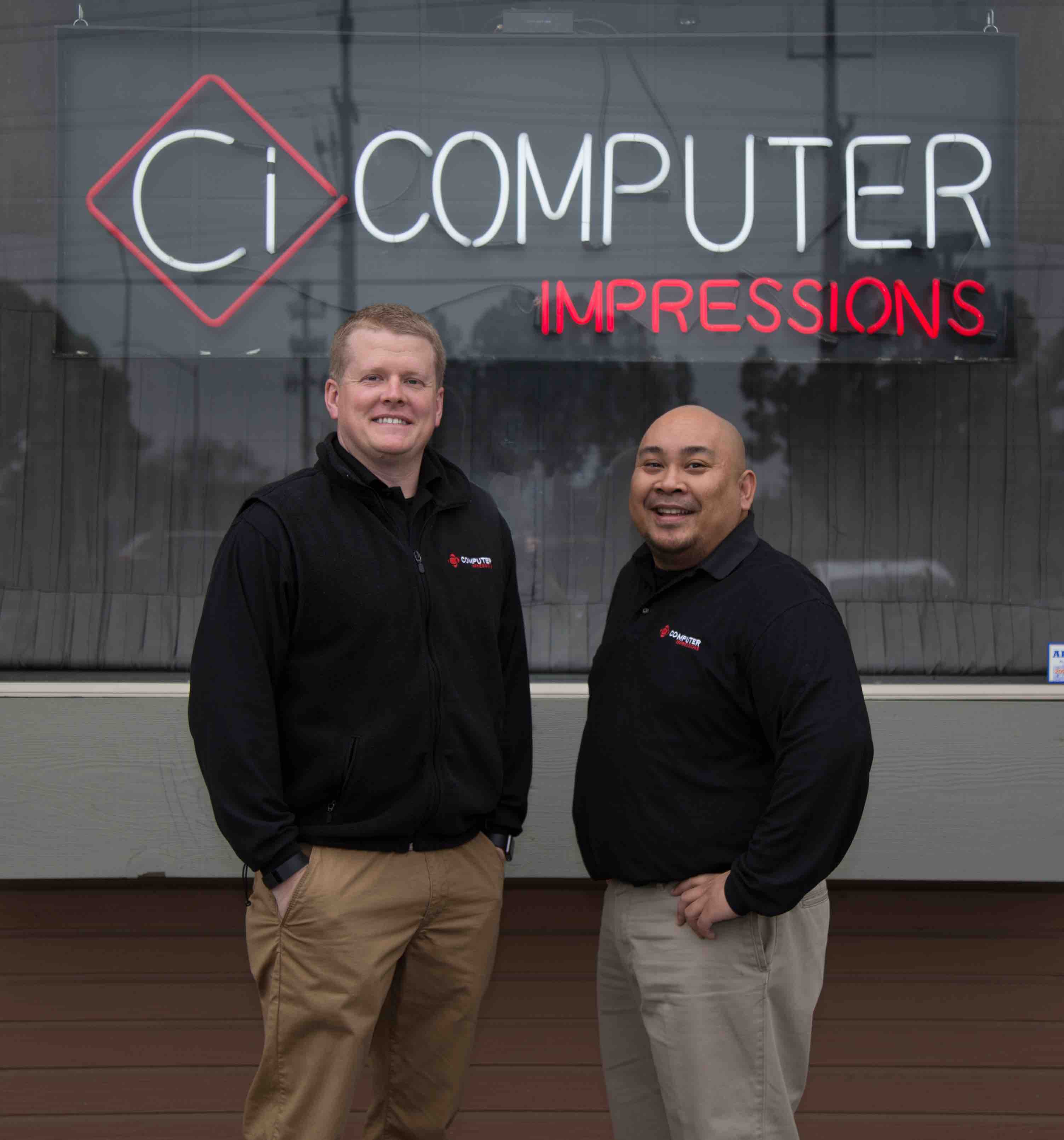 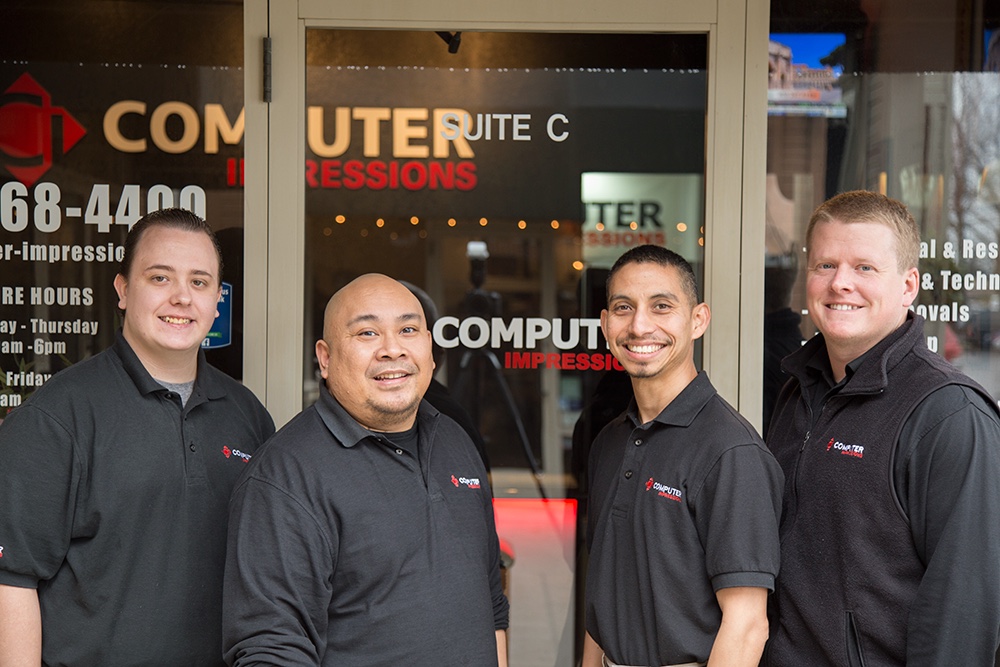 Computer Impressions was founded by Brandt Pemberton and Michael Hidalgo in 2005. Mike and Brandt met at Best Buy in Stockton where they both worked in the computer sales department and Geek Squad. After deciding they could provide a better service for people than a “big box” store could provide, they quit their jobs and started their own computer business. Starting in Brandt’s bedroom, they began to market themselves and attaining clients. In time, they got a small suite in local mortgage company’s office, then a bigger suite in a financial planner’s office, and finally in 2010 they moved into their storefront on Kettleman Lane in Lodi, CA. Growing the business slowly and running the business with honesty, integrity and with the mindset that “every customer will be a customer for life if they are appreciated and treated correctly”, they have continued to grow, even in the hard economic times.

Computer Impressions has had a continued membership with the Lodi Chamber of Commerce, the Lodi-Tokay Rotary club and several other service clubs & organizations. Even though Lodi is their hometown, they service clients throughout the entire central valley, as far as San Francisco.

In 2013, Edward Zaragoza was added to the Computer Impressions team. Brandt and Mike knew Edward from working at Best Buy as well. Edward has been a great addition to the team and has really helped keep things running smoothly in the repair shop while Brandt Mike are doing the outside sales and service.

Anthony Partida, who was initially hired as an intern from a local technical college earned a permanent position on the Computer Impressions team in 2015. He is extremely knowledgeable with computers and computer repair. He has a great attitude and is really progressing his customer service skills as well as being a great asset with his technical skills.